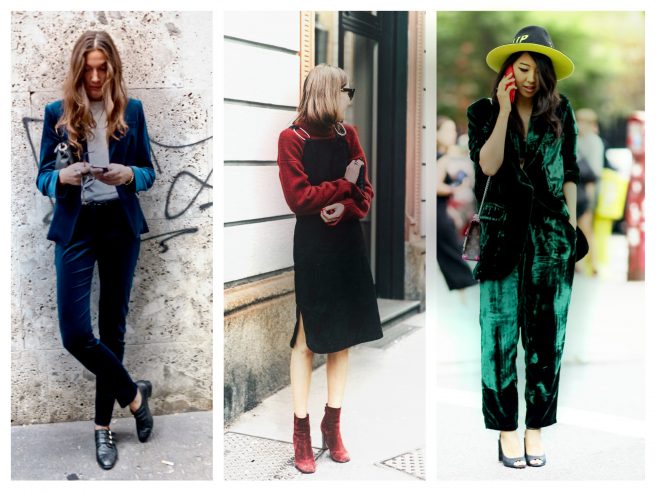 I haven’t worn velvet in a very long time. I do however, have two very strong ‘Velvet Memories’ (not a euphemism)…

My first Velvet Memory (I like that term, I think it does actually need to be a euphemism) is from back in 1992 when I frequented many a nightclub in London. My favourite being ‘Trade’, a gay club that didn’t open it’s doors until 3am on Sunday morning. We would often take a Saturday night disco nap from 10pm – 2am, then wake up, get dressed and go out, because that’s totally acceptable behaviour*… Outfits for Trade were planned well in advance right down to the last detail. This particular week I had saved up the earnings from my evening job, working behind the bar at the Hammersmith Odeon, to buy a black velvet puffa/bomber jacket hybrid from Hyper Hyper on High Street Kensington. I paired it with my Katherine Hamnett hot pants, Jean Paul Gaultier platform trainers (this was a full 4 years before the Spice Girls came along I’ll have you know) and Vivienne Westwood tights. I was a label whore even at age 19. A lot of things happened in that club that will forever stay in that club. Never to be spoken of again, at least not outside the circle of trust. Luckily there is also no photographic evidence and the Internet hadn’t been invented. Thank the lord. Anyway, first outing of the longed-for black velvet puffa. I’m loving it, but it’s so hot in that club that I have to take it off and being that we were all too cheap to put anything in the cloakroom, it gets stuffed behind a sofa. At the end of the ‘night’ (chucking out time was around midday on Sunday) I retrieve my beautiful jacket to find it’s not only been used as an ashtray, someone has also kindly thrown up all over it, possibly me to be fair… Not even a deep dry clean could restore it to its former glory, but, hey, we had a bloody good time, so sometimes I guess sacrifices have to be made! 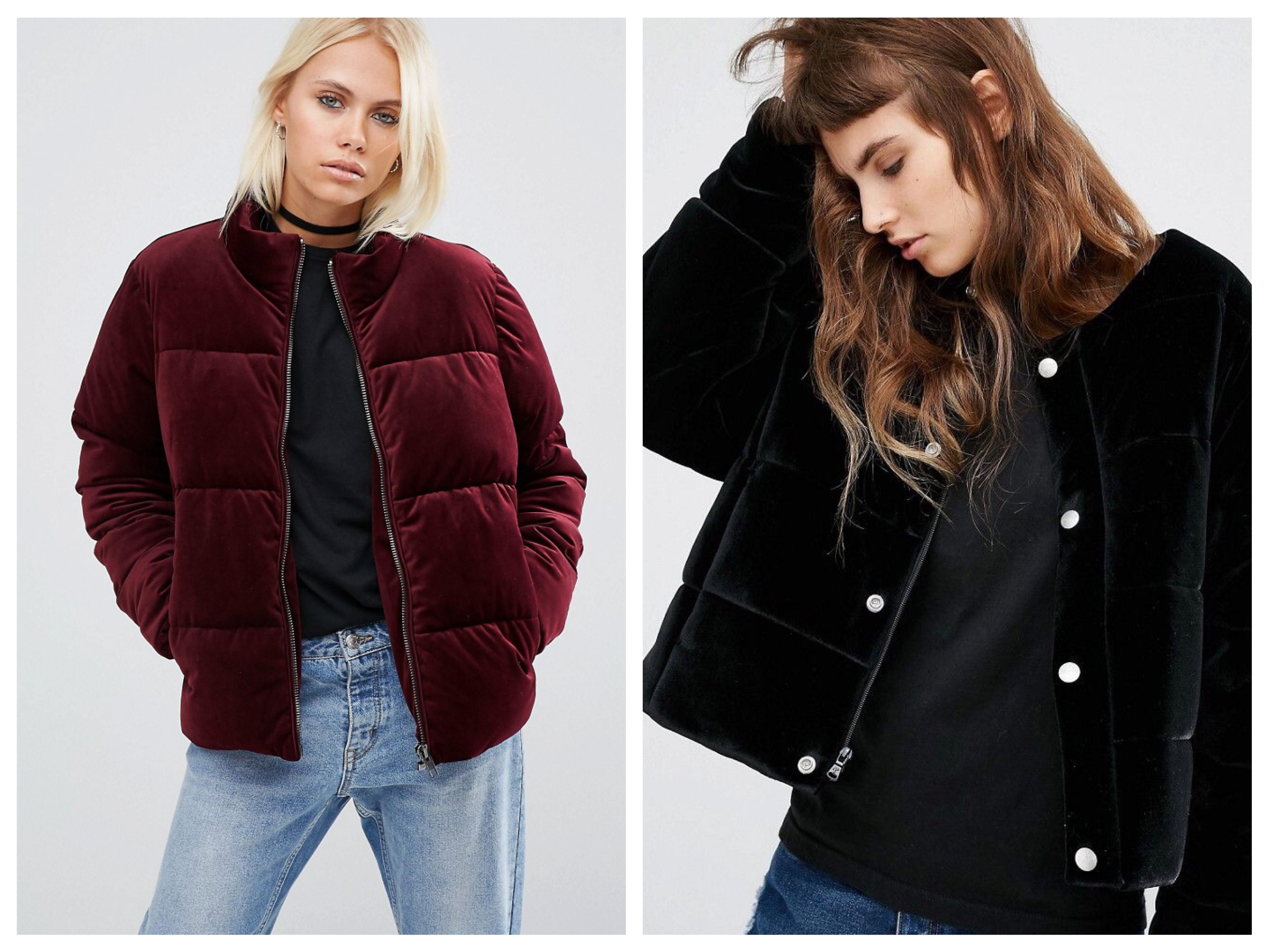 ‘They’ say if you wore it the first time, you shouldn’t wear again. I say that only applies to puff ball skirts and hot pants. My 1992 Puffa was pretty similar to these two, I may have to relive those heady days with a purchase:
Left: ASOS Velvet Padded Jacket £70.00
Right: Velvet padded jacket by actual Puffa! £80.00

The 2nd Velvet Memory I have is an equally sorry tale. In 1995 I bought a Purple Velvet suit from Miss Selfridge to wear to a fancy Christmas party. It was daring choice I grant you, I had clearly been listening to too much Prince at the time, but I loved it. Unfortunately I never made it to the Christmas party as I drank too much Bacardi and coke at home getting ready and passed out on the bathroom floor. With the door locked. Woke up at midnight. Still in Suit. Everyone gone. I did get to wear it to my friends wedding the following year, so possibly not such a disaster as the puke bomber… 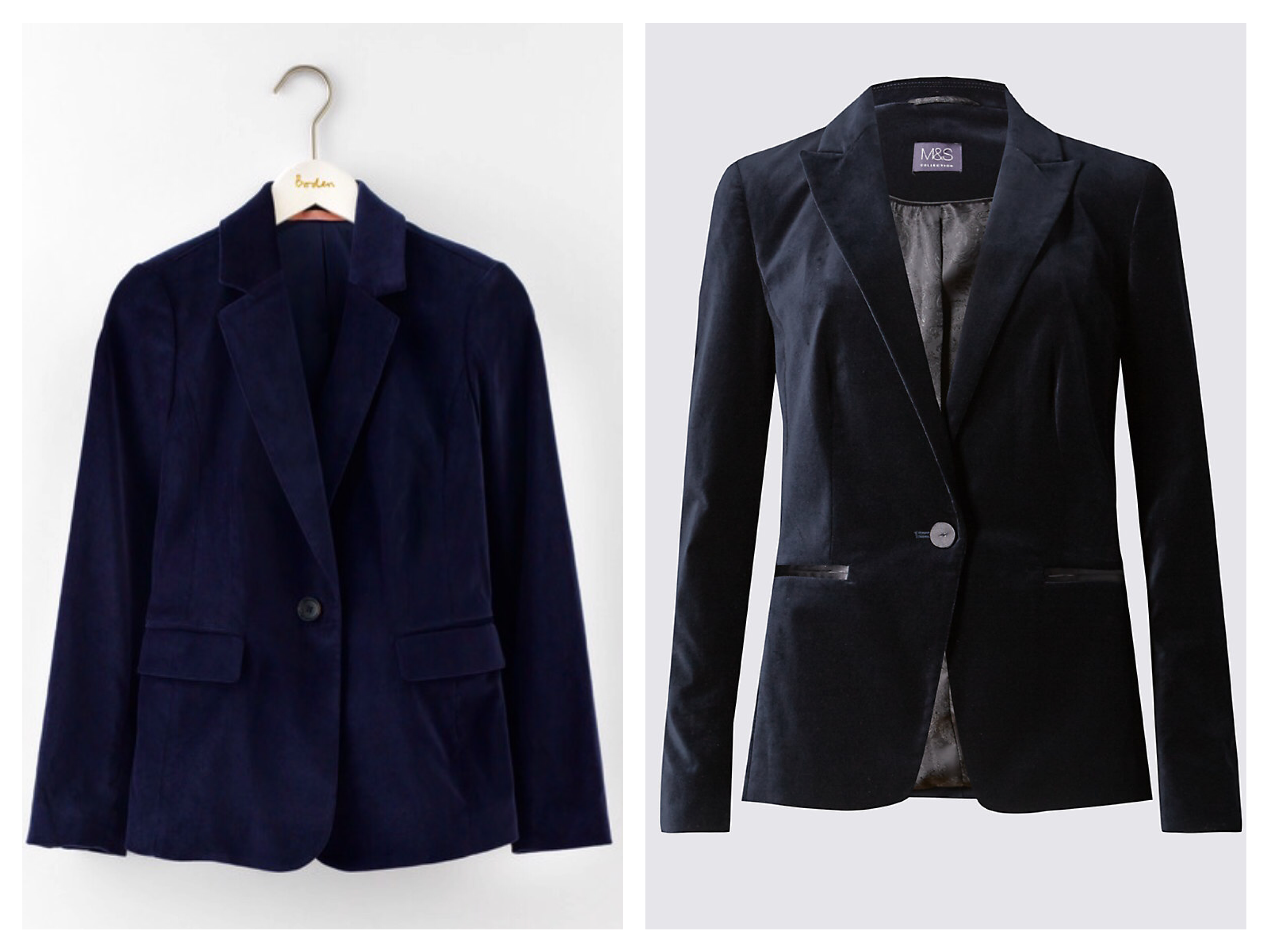 These two Velvet blazers could go some way to helping heal the wounds caused by my over-use of Bacardi.
Left: Blue Velvet Emilia Blazer from Boden
Right: Navy Velvet Blazer from Marks and Spencer

Hopefully I can make some new velvet memories this year as I haven’t failed to have noticed that  it’s definitely a ‘thing’ again. Here are some outfits ideas I might try – all of which have ‘feel appeal’… 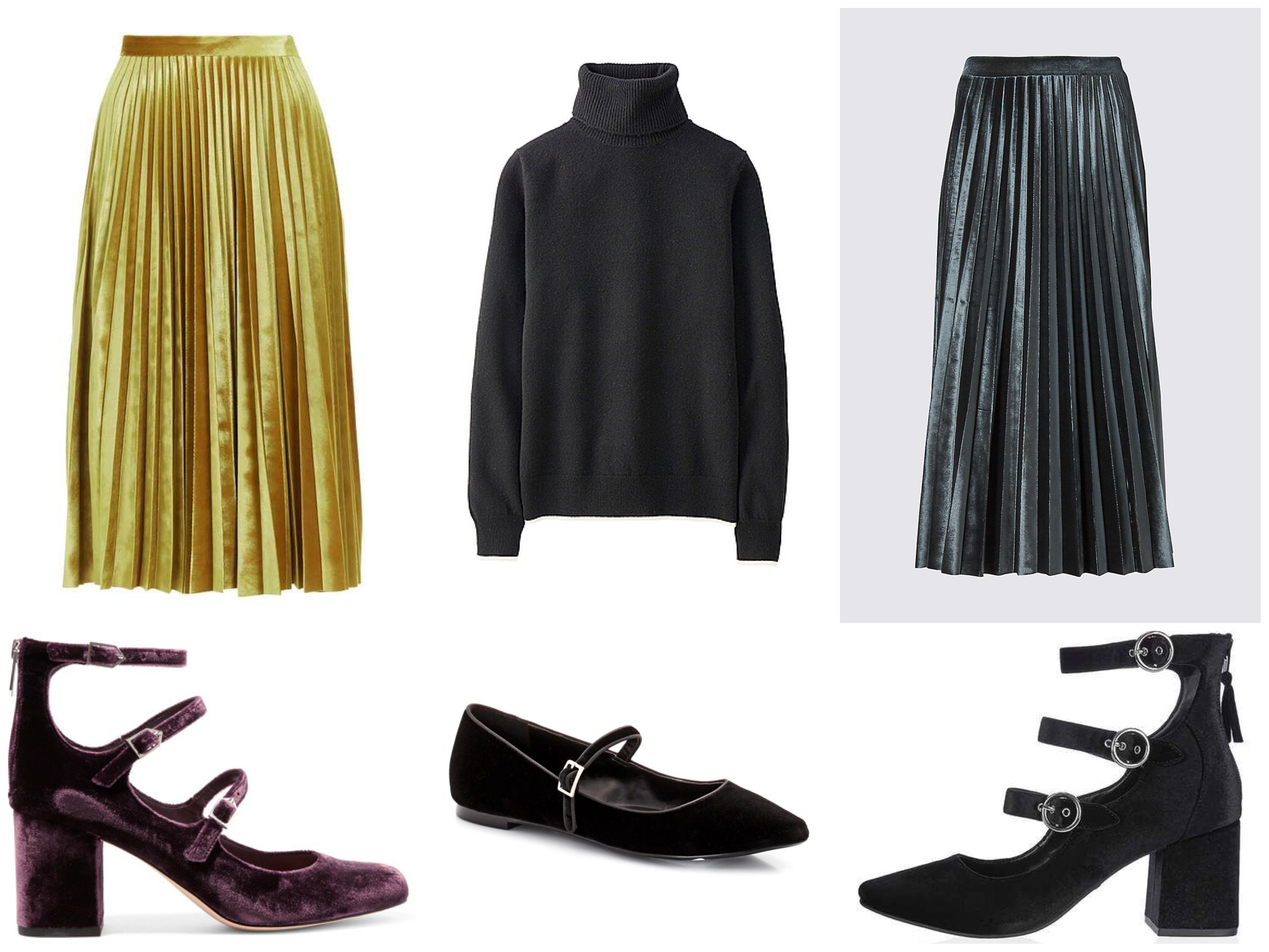 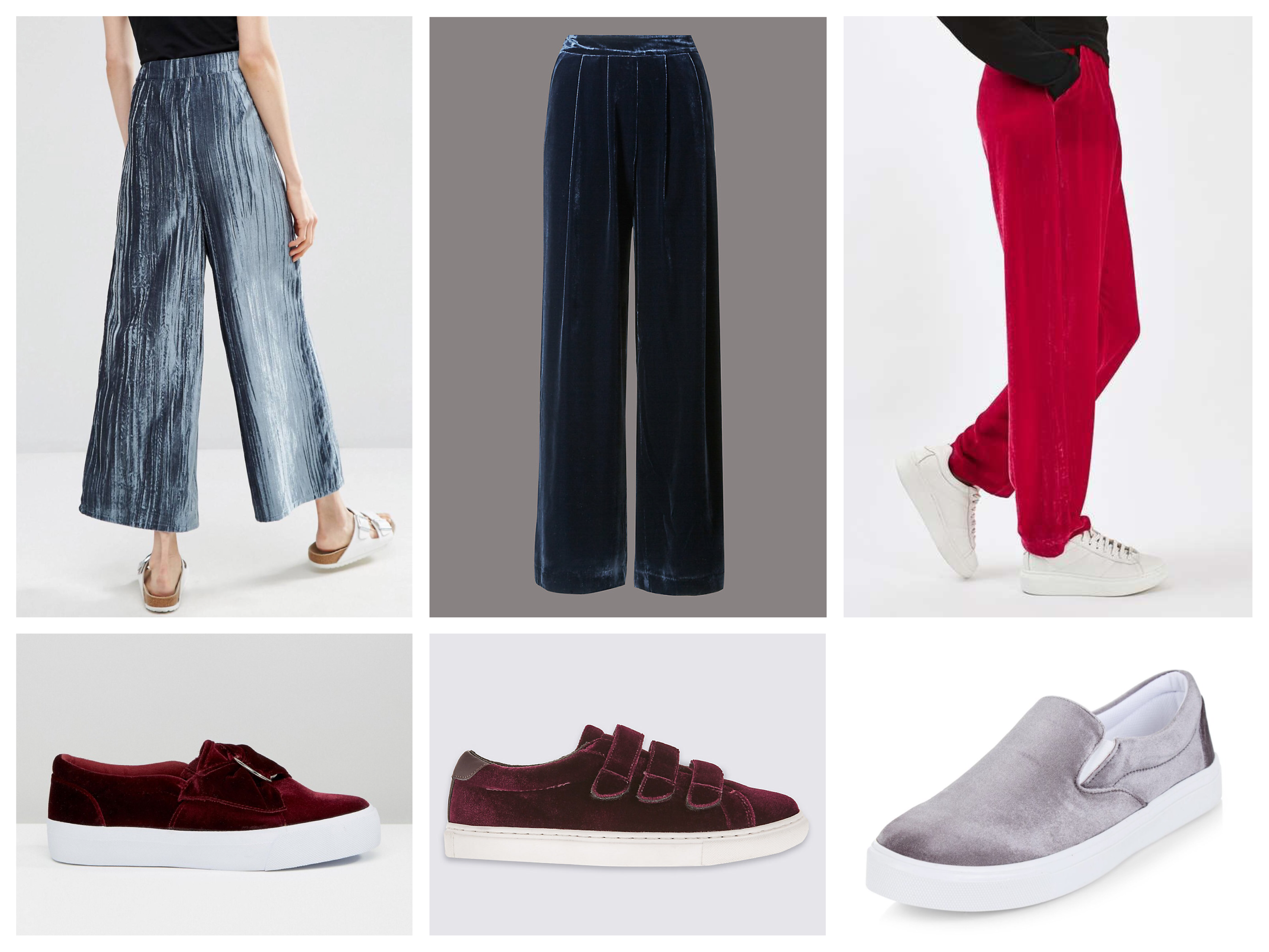 Are you planning on embracing the soft touch and making some Velvet Memories of your own this season?

*Actual entry from a diary I kept in 1993…‘I just don’t know what to do about it, does he like me as a friend? or more? I think I’m going to go to bed now and see what happens tomorrow…   So, I woke up at 5.30am and me and Nicola decided to go to Trade. I forgot about him after that’

P.S. I still have the Katherine Hamnett hot pants, waist size is 24!! Can’t even get one leg in them now…

6 thoughts on “She Wore Blue Velvet” 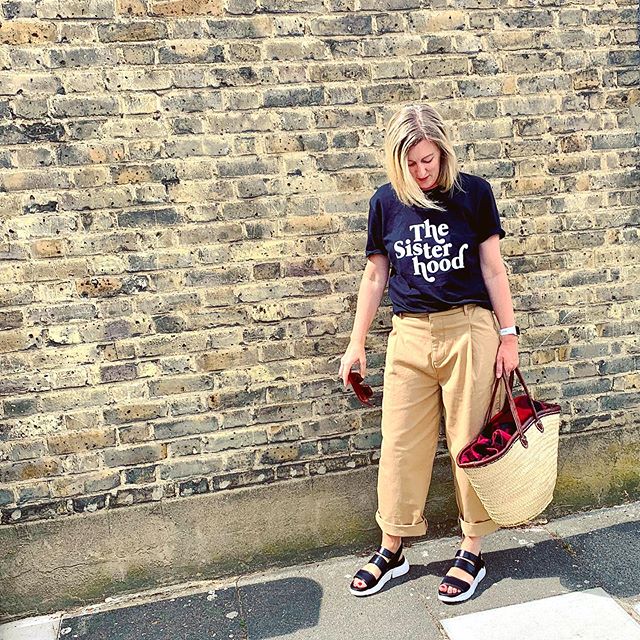 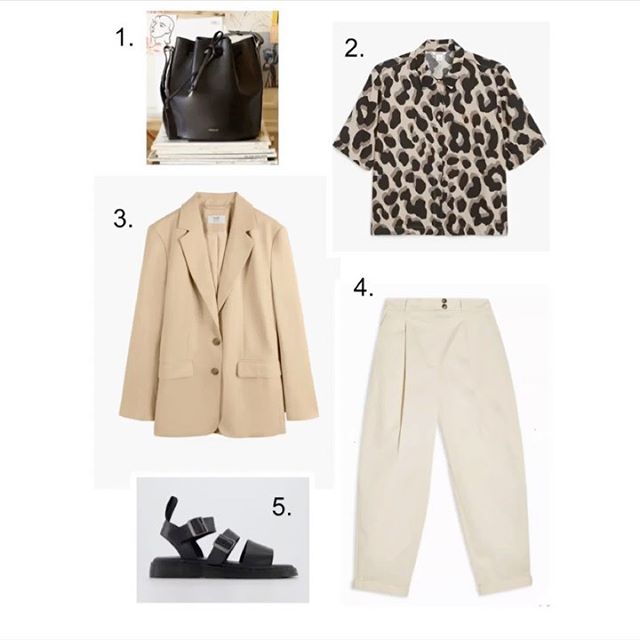 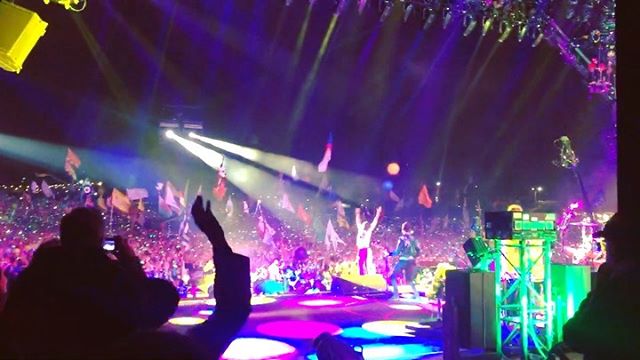 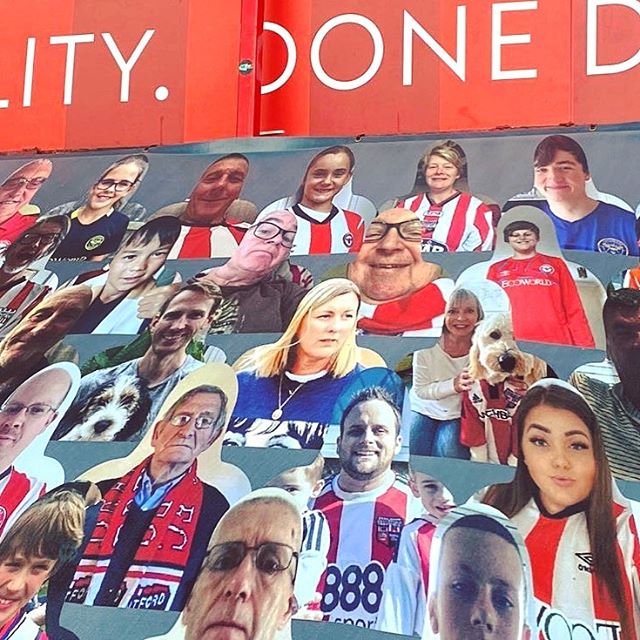 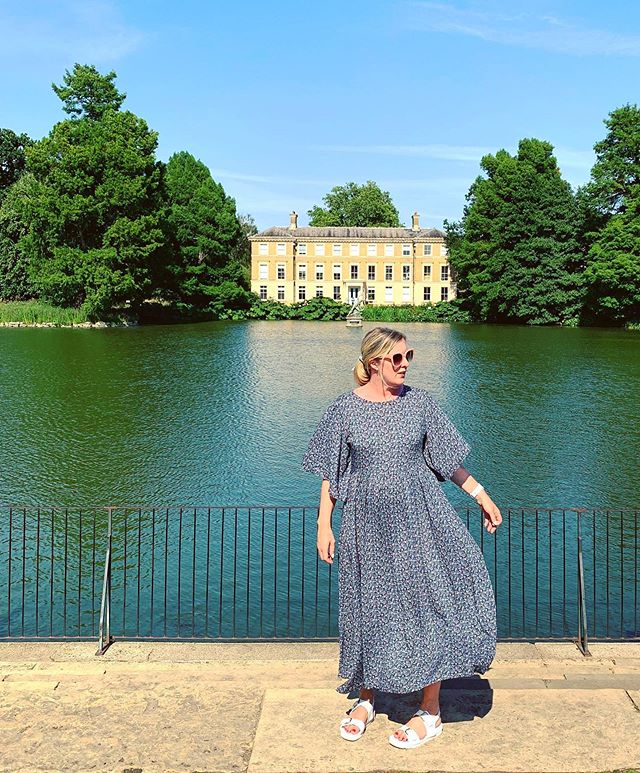