8 Things I Have Learnt about New York

As you will know if you follow me on Instagram, we are currently on holiday in the East Coast of America, so the blog will be reflecting that over the next 2 weeks. Look away now if you came here for some nice clothes, that will be back on my return. So far we have done New York and Boston. Both have been great. New York I am in love with, it’s just so cool. Everywhere you turn there is something else amazing, a giant mural, a cool boutique, an enormous sky scraper a crazy person talking to themselves. It’s like a giant version of Shoreditch…

I thought I would share what I learnt so far about New York, here we go… 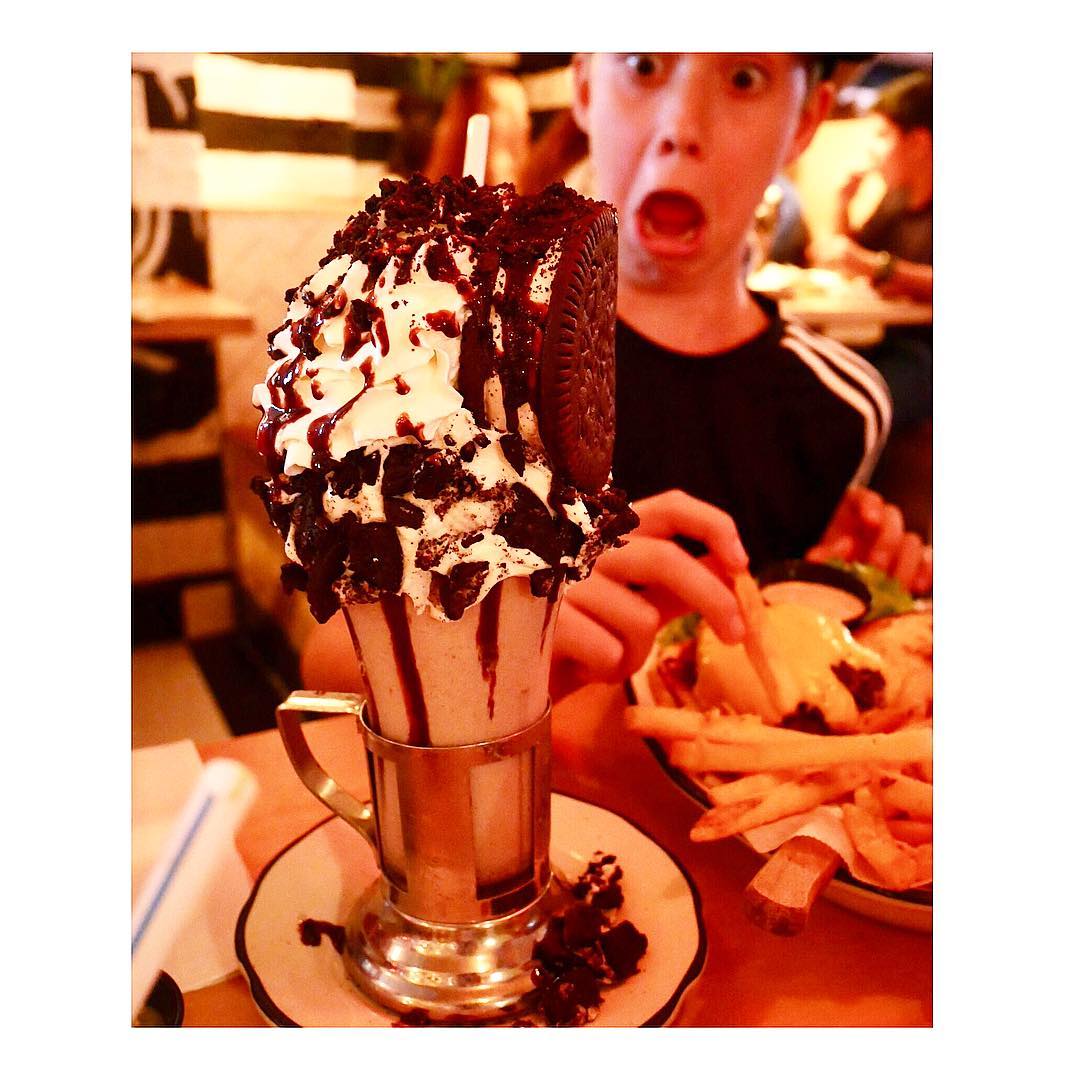 Thanks to bloody Brexit and Donald Trump the exchange rate is terrible. No more coming over here and returning with armfuls of gear. A glass of wine, and a small one at that will set you back £10, a cocktail even more so. You’d have to be very wealthy to get drunk in the US these days. The portion sizes also don’t seem to be as big as I remember. Not sure if that’s just New York and people have wised up to actually being healthy, although saying that, number 2 son did have a milkshake bigger than his own head.

2. LOWER EAST SIDE IS VERY COOL 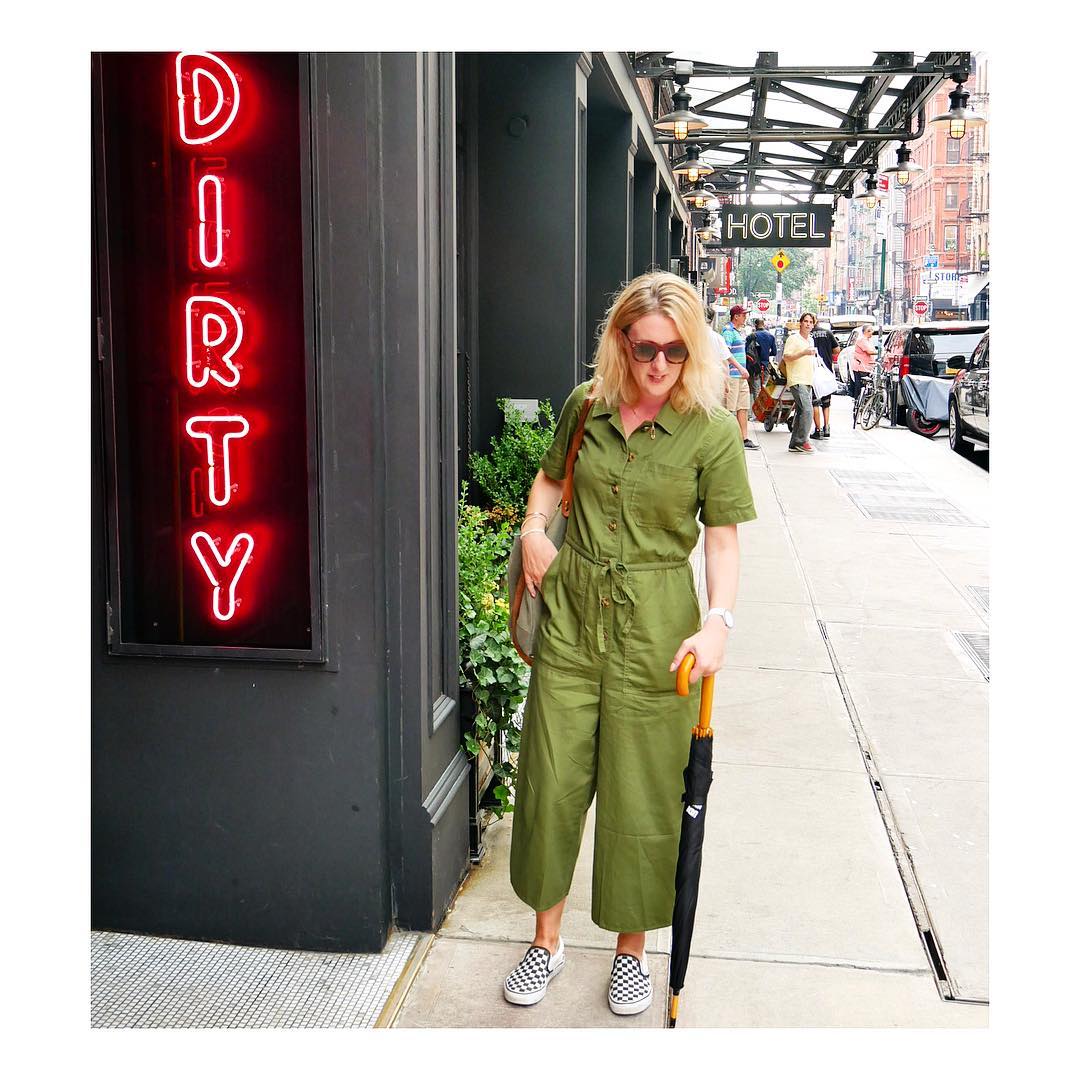 We stayed for 3 nights at the Ludlow Hotel in Lower East side Manhattan. It was lovely, very cool and understated, has the most amazing view from the roof terrace, which was also largely underused by most of the other guests. The other guests when we were there included Arcade Fire, not that I recognised them at breakfast, my husband only clocked it when he saw the whole band together outside. Talking of breakfasts, the ones at The Ludlow were the best and the beds were also huge and very comfortable. The neighbourhood was pretty hipster and close to loads of great restaurants. We ate next door at Sweet Chick, the Macaroni Cheese was amazing, and at The Black Tap, which did amazing burgers and those milkshakes that will give you diabetes just looking at them. 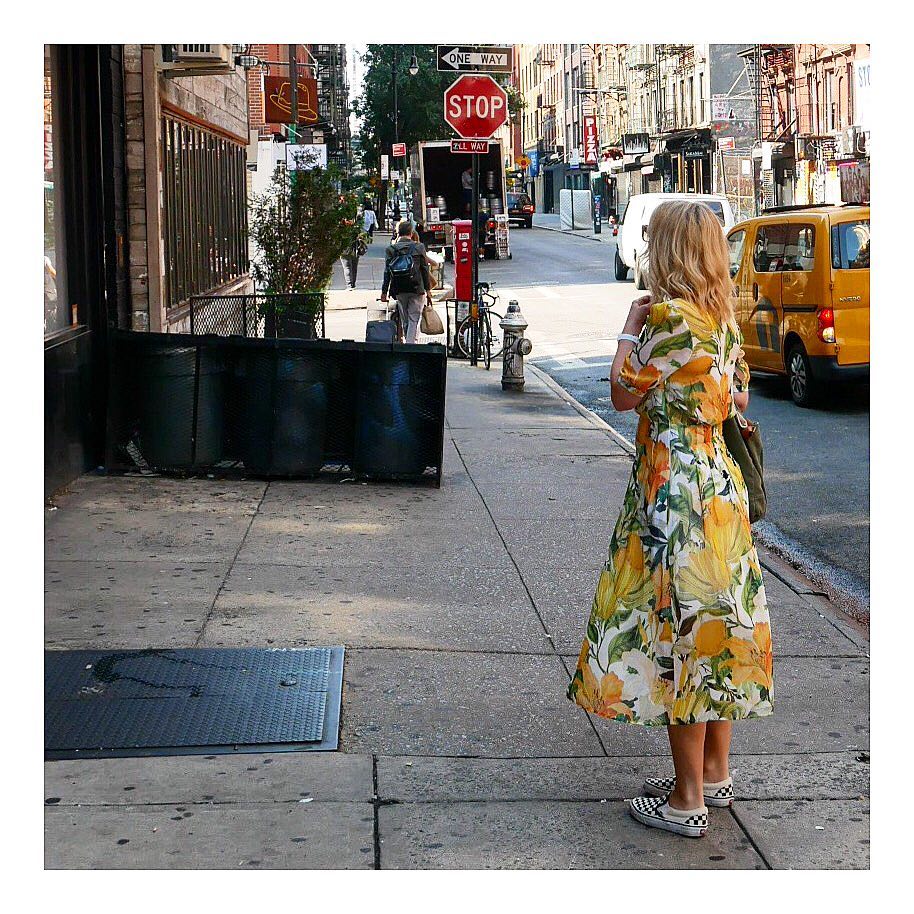 Honestly I have walked over 70,000 steps in the past 5 days. Sandals, even Birkenstocks just don’t cut it for that amount of footfall. The best way to get around New York is too walk, and it’s so big that you can walk miles without even realising. I only bought one pair of shoes with me, the trusty slip on Vans have been a godsend, they are the most comfortable pair I own and luckily they seem to go with pretty much anything.

4. WHEN IT RAINS, IT REALLY RAINS 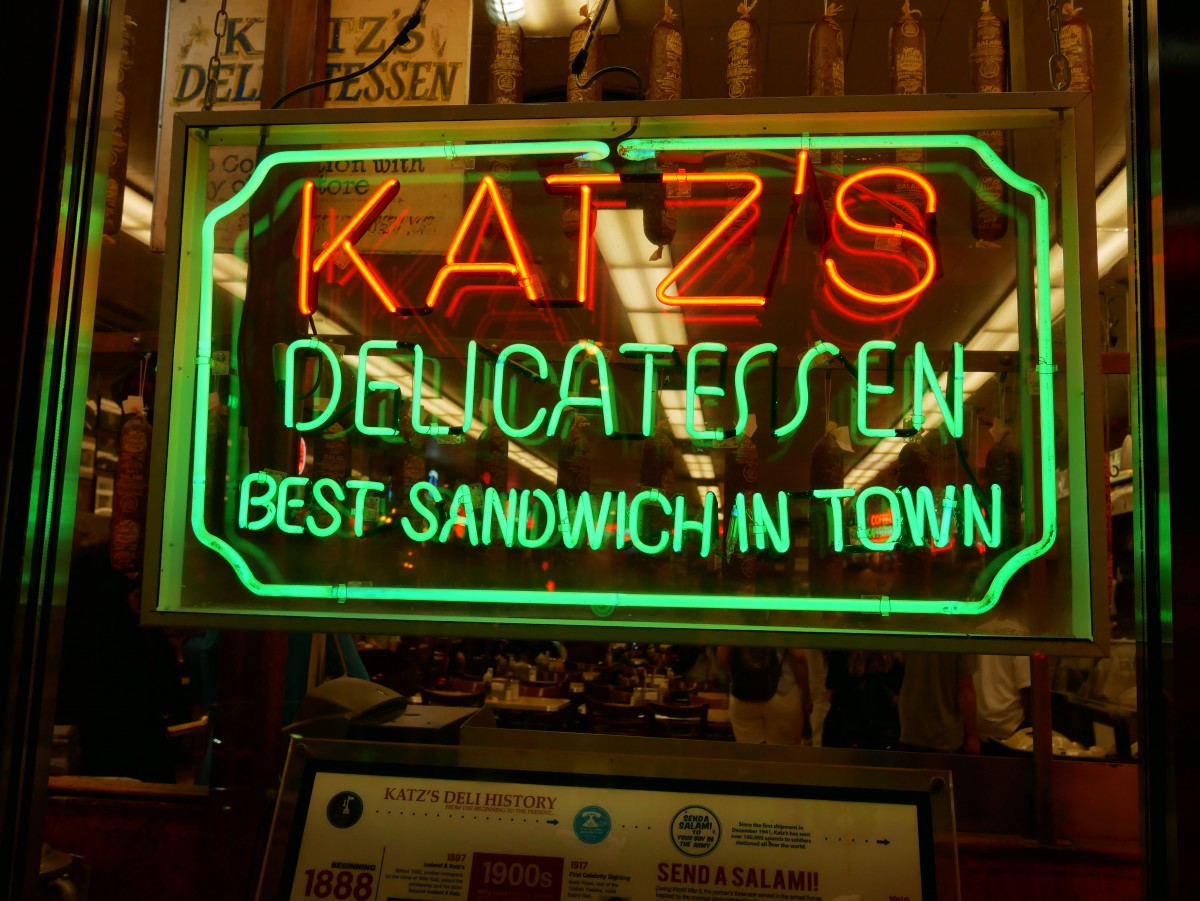 It might be 28 degrees, but the rains still come. It’s like a tropical storm. We got caught completely unawares, no jackets, no brollies, no shelter. When the heavens opened and the rain came down in buckets we hid under a tree with a German family. The rain got so hard that that the tree gave us no shelter, so we made a dash for the next doorway. Totally sodden we got talking to the local wino, who was very informative about the local area. He pointed out the Jewish Delis that had been there for over 100 years and told us about all the famous people who had been to Katz over the years. He was a mine of information and goes to show you shouldn’t judge a bum by his breath.

5. DON’T BE AFRAID TO BE A TOURIST 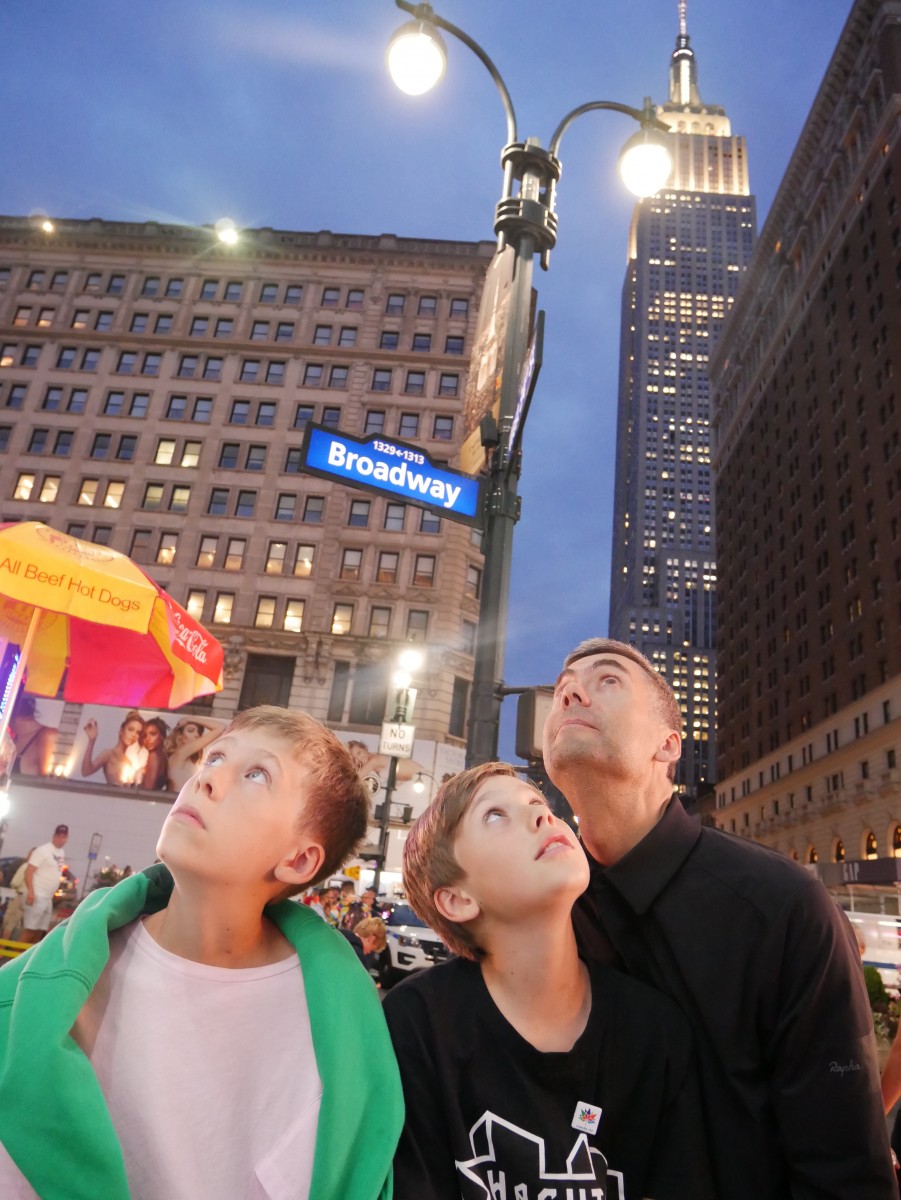 I love to see all the cool out of the way places, but I also don’t want to miss the tourist spots, they are fun. Times Square is so bright you need to wear sunglasses at night to stop the lights burning your retinas, but it’s a sight to be behold. We even got our photos taken wth a Police Officer. Ok, he wasn’t to enamoured by my drunk husband and the person who took the picture couldn’t see straight either so we have no evidence of this moment, but it did happen! The Empire State building was also great, it was pretty quick to get up there, no booking needed and the best place to see NYC is up high.

6. THE SHOPPING IS STILL GREAT 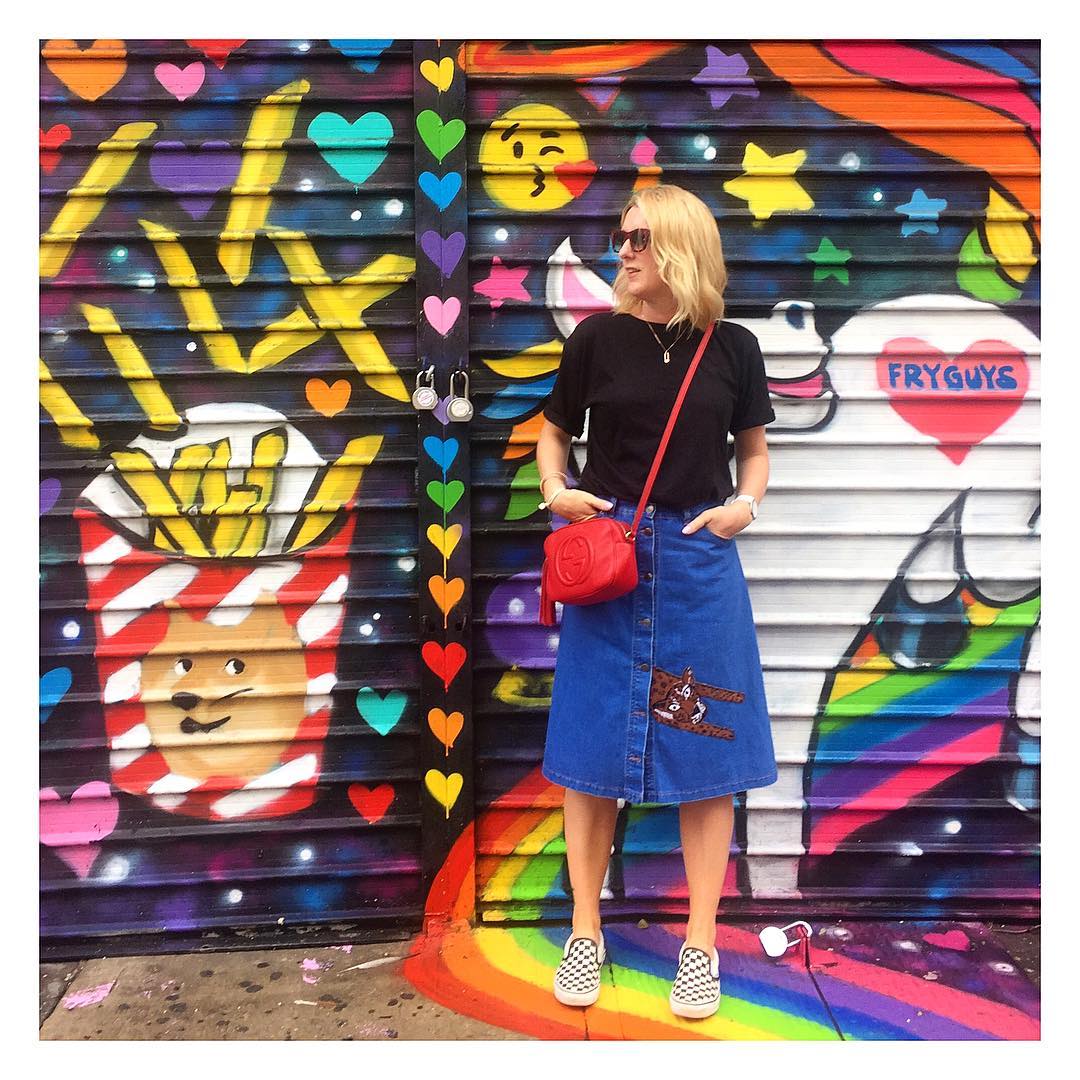 Soho has all the independent boutiques, most were too expensive for me, but I found a great little brand, Katya Dobryakova, that had a sale on, she did some amazing embroidered sweatshirts, dresses and skirts. Madewell was also a favourite. I don’t think they have any shops in the UK yet, but its kind like a cross between J Crew and & Other Stories. I bought a jumpsuit and a shirt, but I could have bought WAY more (and most probably will when we go back to the city). The kids loved the giant skate shop Zumiez and we have all bough new Vans. I don’t think they were any cheaper, but there was more choice.

7. THE SUBWAY IS VERY COMPLICATED 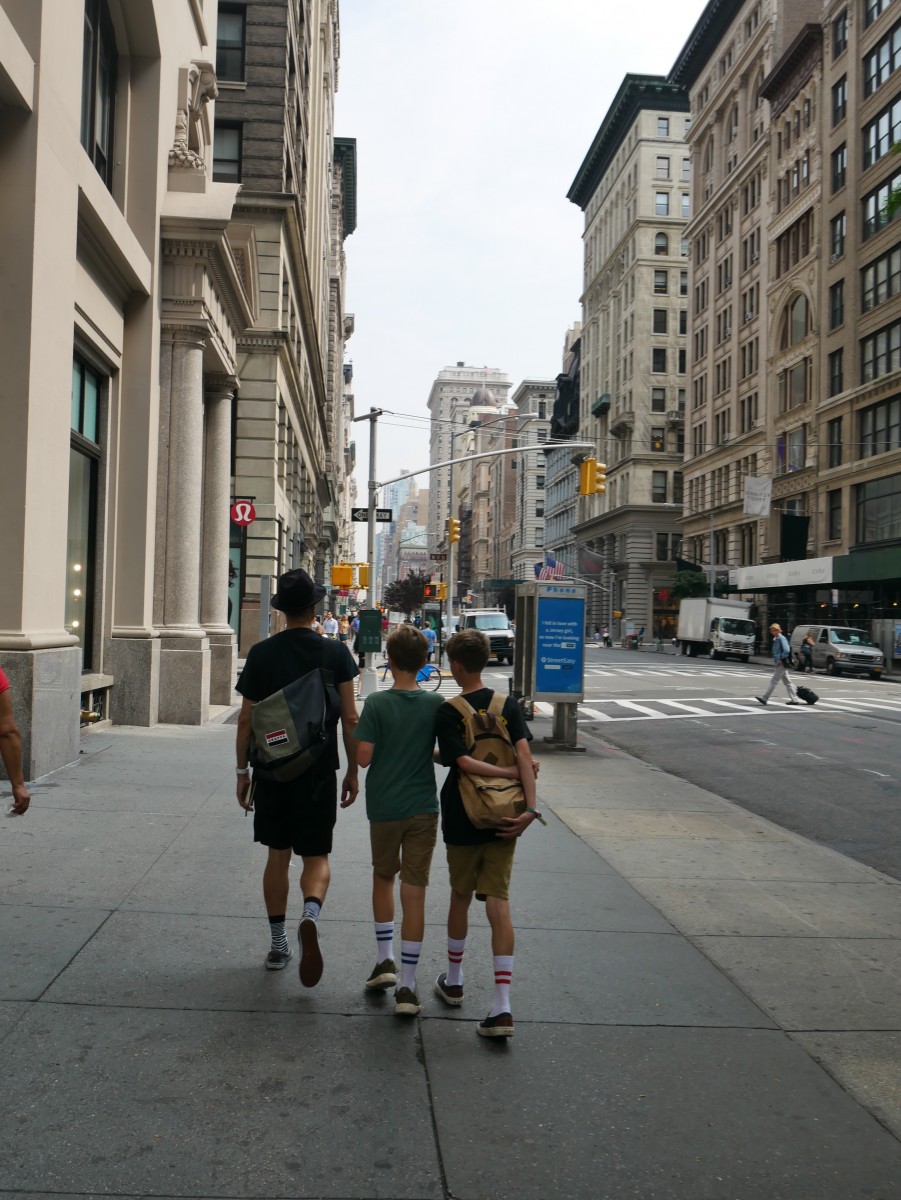 Number 2 son and I got tired of walking and decided to try the subway. This will be easy I thought, I get the tube every day. It wasn’t easy. There’s no real colour co-ordination like we have in London, there’s also no maps on the platforms, so we just had to wing it. The trains are all air conditioned though and there were some great buskers in the stations. My favourite was the dude playing Careless Whisper on the sax at Union Square.

8. YOU NEED A WHOLE WEEK TO DO EVERYTHING 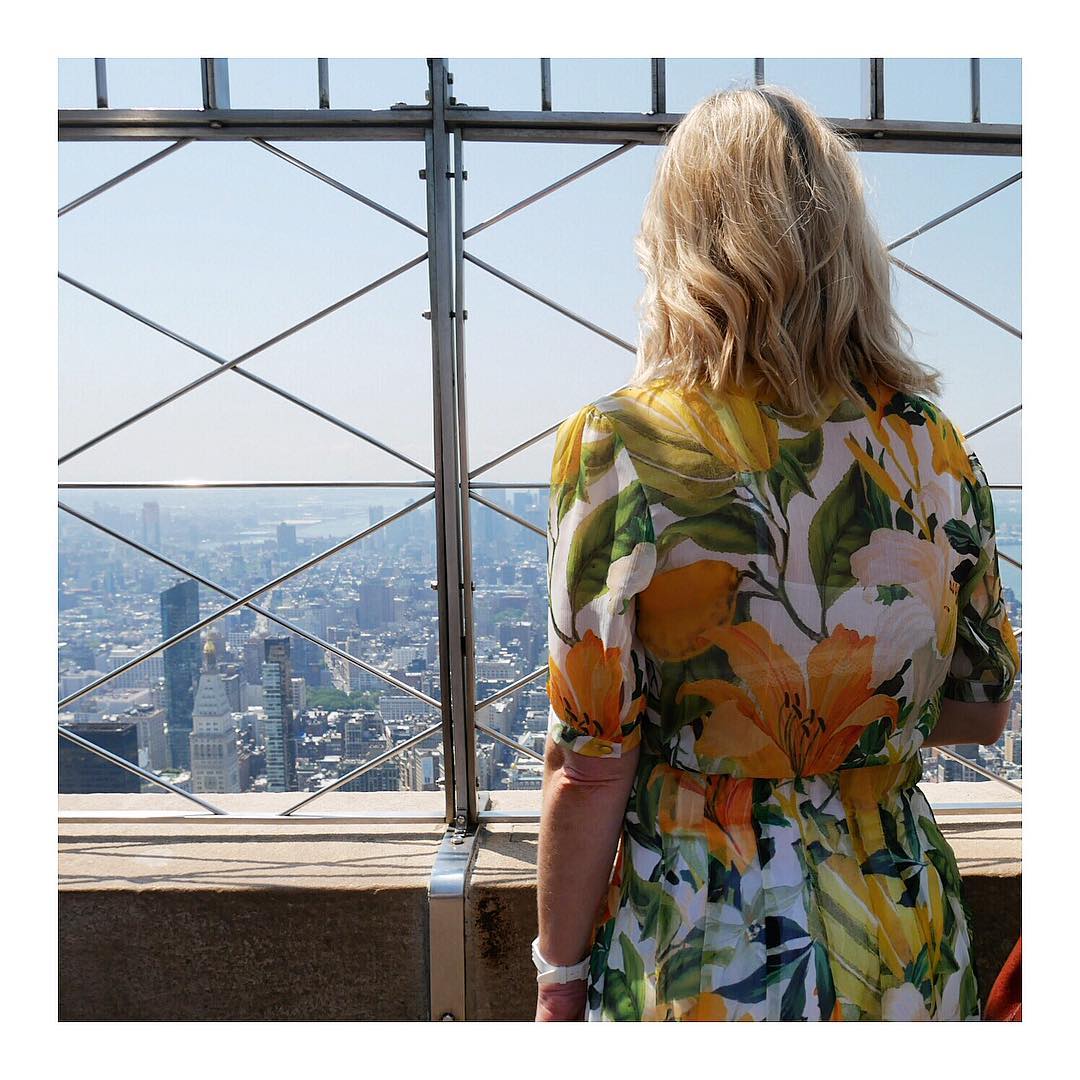 We only stayed 3 days, and it’s just not long enough. There so many more things I want to do. I want to walk the Highline, go the Ground Zero, The Met, Central Park. I loved New York. If I was 15 years younger and 4 times richer I would move there in a heartbeat. As I am not, I will settle for visiting again soon. We are staying in Brooklyn at the end of the trip so I hope to tick all these places off my list.

I hope this holiday spam wasn’t too annoying. If it wasn’t, let me know and I will write about the rest of the trip.

P.S. Here’s what I’ve bought and have been wearing so far…