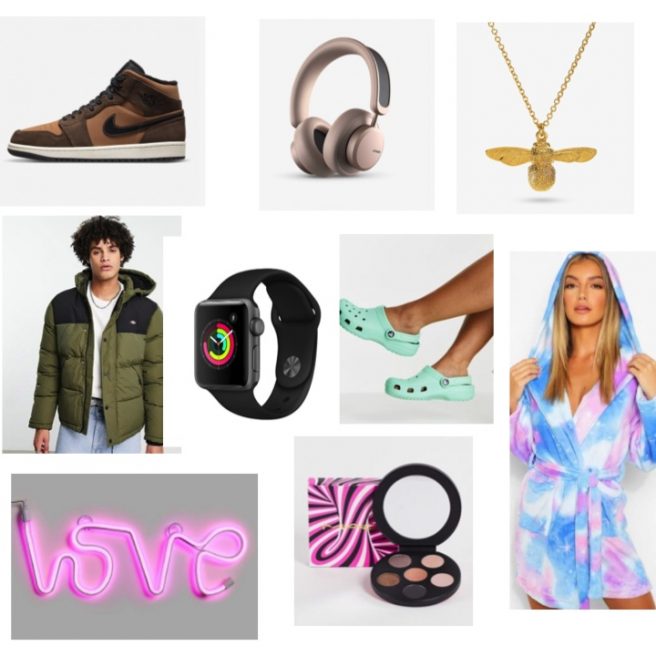 First up, this is never an easy one. especially as I don’t have teenage girls, but I know a few and I still feel like I’m 17 half the time so I’ve gone with what I would still like. Boys, I’m better at as I have 2 teens at home. There’s a few things in here that I’ve already bought them, but as they don’t read this they will never know. There isn’t a prize for spotting the one thing I was reluctant to add but I KNOW the teens love them, so I kind of had to put my personal feelings aside for once.

I’ve putin younger teens and older teens, but I think the younger ones can got from 11-14, Then older, 14  and above, but to be honest, once they hit 12, they all basically like the same thing…

Hope there’s a little bit of inspiration for you here. If not then cash in a card will always suffice.